Police in Panama are investigating the killing of seven young people whose bodies were found in a wooded area near a lake on Saturday.

The victims – four women and three men aged between 17 and 22 – were found near Gatún Lake, 80km (50 miles) north of the capital, Panama City.

They had been in a group of 13 making a trip to the lake. The six who escaped said two armed men had attacked them.

An 18-year-old suspect was arrested, the public prosecutor’s office said.

Investigators said the suspect had been identified by a scar on his face, which the survivors had described.

A lawyer for the man said his client had nothing to do with the murders and did not know any of the victims.

The suspect arrived in court for a hearing on Monday afternoon, according to local press.

The bodies were found in a wooded area called Espinar in Colón province. Five of the bodies were in an abandoned bunker and two in separate locations in the woods.

Forensic tests reveal that all of them had gunshot wounds to the head, local media report.

The group of 13 youngsters – nine from Colón province and four who were visiting from Panama City – left on Friday morning to go swimming in Gatún Lake.

Their families went to the police to raise the alarm when they had not returned home by Friday night.

Relatives and locals searching for the missing youngsters came across the bodies on Saturday.

Two of the male victims were university students while the others were still at school.

The bunker where five of the bodies were located is a remnant from the 1940s and was later used by the US military during the time when the US Southern Command had bases in Panama.

Neighbours described the area as generally quiet and safe.

The surviving six described being attacked by two gunmen, one of them hooded, who seized seven of the group.

A survivor said one of the gunman had called one of those who was later killed by his name, which has led investigators to assume that the attack was not random.

All of those killed lived in the same area in Colón called Valle Verde. The suspect under arrest comes from that same area.

While some locals pointed out that the bunker had in the past been used by dealers to sell drugs, investigators have said that the victims had no known links to drugs or gangs.

Prosecutor Adolfo Pineda has revealed little detail about the lines of inquiry. He told reporters that it was “a shocking occurrence from all points of view”.

Investigators took five of the six survivors to the crime scene on Sunday to try and reconstruct what happened. 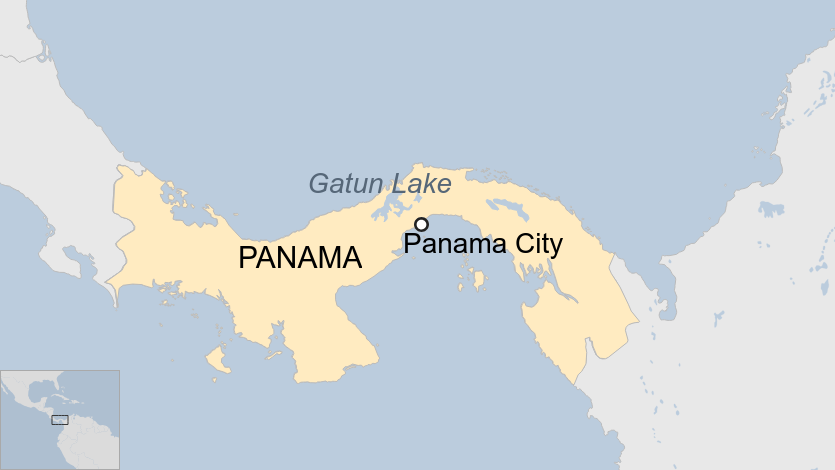 How violent is Panama?

Mass killings like the one by Gatún Lake are unusual in Panama.

Earlier this year the country was shocked by the deaths of six children and one adult during an exorcism carried out by religious sect in an indigenous area of the country.

While there are gangs in Panama, they are not as powerful or big as those in other Central American countries such as El Salvador.

bbnaija The Painting that won Laycon his First ever Trip Outside...

A Lady Breaks Up With Her Boyfriend After Training Her Through...